Lager Than Life with Newbarns Brewery

Edinburgh’s acclaimed Newbarns Brewery is coming to the Five Points Taproom in Hackney, East London, to showcase their incredible brews - and Lager styles! 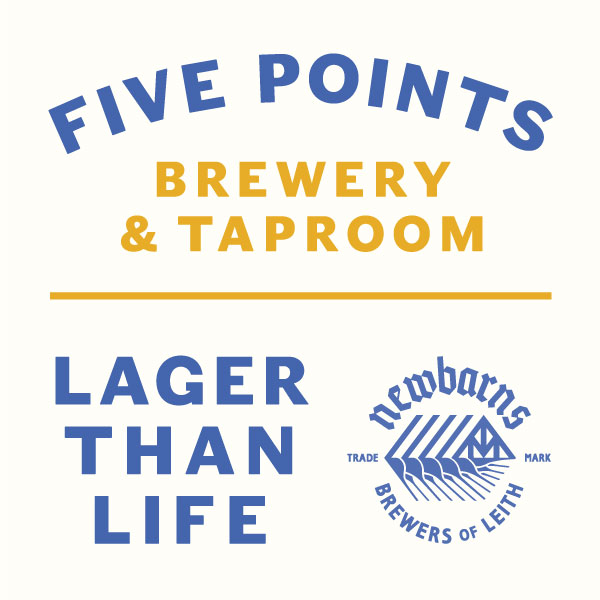 Voted as one of Ratebeer’s Best New Breweries in 2020, Newbarns has developed a fantastic reputation for their crisp and delicious Lager styles, frequently the likes of German-style Helles, and often brewed with heritage malt varieties.

The Five Points Taproom will be showcasing four Newsbarns lagers on the taps on Friday 29th May, and Newbarns co-founder Freddy will be there to chat all things about the brewery and their beers.

We will also be challenging our visiting friends to a “Best Cask Off”… Five Points Best will go up against Newbarns’ Innkeeper, and we’ll ask you to vote your favourite across the weekend.