Stand Up Comedy at the Five Points Brewery & Taproom

Stand Up Comedy returns to the Five Points Brewery & Taproom - with an incredible line-up of comedians called to stage! 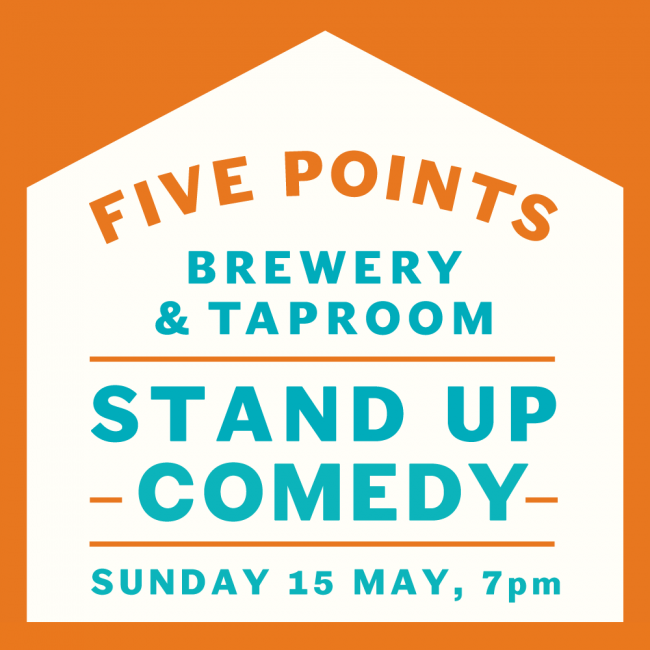 Join us for a special Sunday evening Stand Up Comedy Night at the Five Points Brewery & Taproom, on Sunday 15th May.

After the success of our very first Stand-up Comedy Night at the Taproom, we are bringing three new award-winning comedians to the brewery!

Tickets are £12. The comedy kicks off at 7pm, with the taproom and kitchen open from 5pm so you can join us beforehand for a delicious ACE Pizza and pint.

Get ready for a set full of laughs with:

Dave Fensome, the mind behind sold-out shows at Brighton and Edinburgh Fringe.

You may have seen Bobby Mair on 8 out of 10 Cats, Never Mind the Buzzcocks, and a long list of hilarious shows.

And Sean McLouglin from Ricky Gervais’ world tour and the Netflix series After Life, is headlining the night!

Tickets available at the door!