The More Things Change, The More They Stay The Same

Beer today is brimming with interesting beer styles, unusual raw ingredients and an exchange of ideas across continents.

But, unsurprisingly, brewers of today gain much inspiration from the beer of the past. There’s a tradition of repetition in all aspects of popular culture, and beer, the ultimate social and cultural lubricant, is no different. 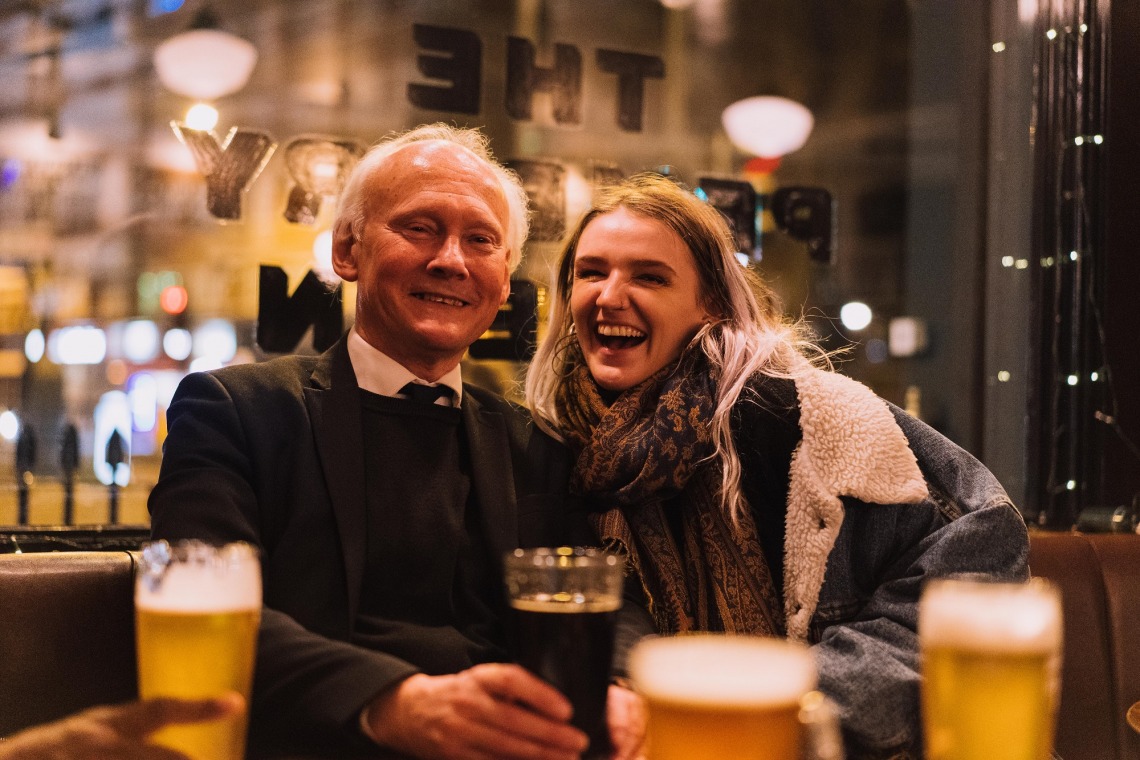 What’s Pliny Got To Do With It?

Back in 92AD, it was Pliny the Elder who noted a curious wooden object, specially made to hold wine. (It was also Pliny who is thought to have created the botanical name for hops: Lupus Salictarius. Smart lad, he was)

Oak casks have been used to transport (and ferment!) liquids for hundreds of years. At some point, however, the (probably accidental) realisation was made that ageing something inside a barrel would lead to a transfer of flavours from the previous inhabitant. Eventually, we began to age beer in spirit barrels.

We’ve housed a wooden barrel collection of our own for a few years now. In oak Auchentoshan whisky barrels we barrel-aged Grand Stout, a 12% imperial stout, which for 11 months patiently sat absorbing the oaky, smokey characteristics of the whiskey and the oak. Grand Stout was brewed to celebrate our 1000th brew back in early 2018; a special beer to celebrate a pretty big milestone for the brewery.

Tradition (And Decline) Of A Special Release

From Grand Stout, or Fuller’s Vintage Ale, Chimney’s Good King Henry’s Special Reserve, to our Old Greg’s Barley Wine, brewed on New Year’s Eve each year, the special release is an expression of considered brewing, made with the intention of lasting. Age patiently in a (cool and dark) cupboard or fridge (even better!)

Getting together each year on New Year’s Eve to brew a big, boozy barley wine is a Five Points tradition, as well as paying homage to a proper classic British beer style. Brewers have been brewing small-batch strong ales to commemorate seasons or special events like this since the 1700s. A special release would be the rare occasion that a brewery would divert from its core range, which would typically contain bitters, milds, stouts or porters, pales and IPAs.

During the 20th century, core ranges began to shrink and mass-production of a single beer brand, often a bitter in keg, increased. Beer quality suffered. Ever wondered what sparked the foundation of CAMRA? The Campaign for Real Ale was founded in 1972 in reaction to poor quality keg bitters on the bar (and lager, but more of that below) which by the 1970s, accounted for more than half the beer sold in pubs.

International Revolution (And Big Beer Knocking At The Door)

Today, you can walk into a bar and choose a beer from anywhere in the world. But it hasn’t always been this way.

While lager had been spreading across Europe, big foreign brands like Calsberg and Heineken had been attempting (and failing) to crack the UK beer market for decades. The 1960’s heralded the age of the television, and big brands had the budget to go in hard with their advertising to the UK market.

Previously, brewers would pay into a central pot, and collectively advertise beer in general. What Calsberg and Heineken did for the first time was for the brewery to become their product: one name, one product, both synonymous in the customers’ mind. By the 1970s, the UK market had finally succumbed, like the rest of the world, to the spell of golden, fizzy, refreshing lager…

Today, beer can be brewed with yeast from Belgium, malt from Germany, hops from the US and New Zealand, by a brewer who learned their skills in America, Scandinavia, the Czech Republic, or beyond!

Before, brewing depended on the domestic ingredients and resources that the country, or local area, could provide. Now, not only has globalisation allowed us to buy from anyone, it has also allowed us to buy anything from anywhere: to pick and choose materials from wherever we please.

Barrel-Aged Grand Stout is a great example of this. Brewed with eleven different British grains and malts, East Kent Goldings aroma hops, Magnum bittering hops (Germany), aged in sherry barrels (Spain) which housed Auchentoshan whisky from (Scotland). Beer can be a transatlantic product, made from a combination of diversely sourced raw ingredients and the sharing of materials from far and wide.

Traditional British beer styles have taken a beating in the late 20th century, too often becoming synonymous with a lack of innovation. Modern breweries established over the past decade haven’t always been eager to revive, and entice drinkers with, classic British beer styles. Which is a shame, given how much these styles have shaped the beer landscape.

Five Points has always been influenced by the traditions of British brewing, as much as the very best of the international craft beer movement. And what better way to paying homage to the past, by using modernity to revive tradition?

For last year’s Old Greg’s New Year’s Eve brew, we used heritage malt variety Chevallier for the first time. Once legendary for its distinct flavour profile, it was the malt foundation for the great Victorian beers of the times: IPAs, Porters, Milds and Strong Ales. By the Second World, however, Chevallier malt had been superseded by newer varieties, and was near-extinct.

A handful of Chevallier barley seeds passed down through generations and stored in the John Innes collection (a super cool ecological library). A few years ago, a collaboration between Crisp Maltings and specialist barley growers in North Norfolk saw Chevallier malt grown commercially for the first time in almost 100 years, finally making its way into our mash tun on 31st December 2018.

Old Greg’s Barley Wine celebrates traditional revival: a historical beer style with a heritage ingredient revived for the modern day, hopped with American West Coast Cascade hops, transported across the Atlantic, and brewed in London. And, now online on our webshop.

Thanks to Pete Brown’s incredible book ‘Man Walks Into A Pub‘ for help in writing this blog post.